Dr. McNiece has served as BioCardia’s Chief Scientific Officer since 2017. He has more than 30 years of experience in stem cell biology and clinical manufacturing for bone marrow transplantation and cellular therapy clinical applications. Dr. McNiece received his Ph.D. in physiology in 1986 from the University of Melbourne. He moved to the US in the same year as a postdoctoral fellow at the University of Virginia, Charlottesville, Virginia. He was Laboratory Head in the Department of Developmental Hematology at Amgen Inc. where he was involved in product development of Filgrastim, Neulasta, Stemgen, and led the development of cellular therapies. He returned to academia as Professor of Medicine at the University of Colorado Health Science Center (1997-2002), Johns Hopkins University (2003-2007), the University of Miami (2007-2012) and MD Anderson Cancer Center (2012-2016). Dr. McNiece has been a collaborator with BioCardia since 2007 and directed manufacturing of stem cell products and CMC development for several clinical cardiology trials co-sponsored by BioCardia including TAC-HFT and POSEIDON. 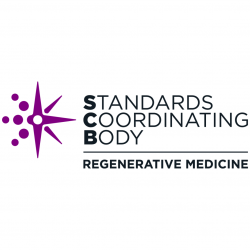